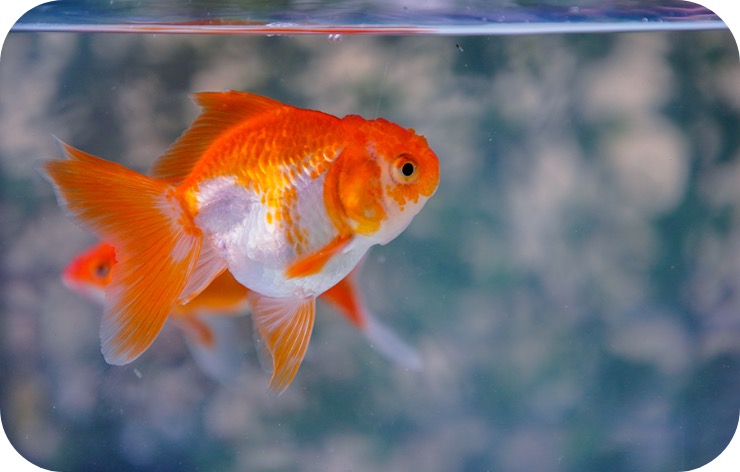 Ichthyophiles, rejoice! Today we dispel a tenacious myth about a famously forgetful friend…

Goldfish have a three-second memory

Goldfish, and most other fish officially studied, have been shown to have memories extending far past the three-second barrier. Fish intelligence, cognition and sentience has been studied extensively over the years, often using the classical conditioning techniques popularised by the scientist Ivan Pavlov and his many well-trained dogs. In one type of study, fish that were fed at one end of their tank in the morning, and the other end in the evening, started to gather at the correct ends in anticipation of feeding time. This showed that they could make associations between locations, times and rewards.

If you have your own fish, this type of study is very easy to replicate (and please let us know about it if you do!). In fact, in 2008 a 15-year-old student named Rory Stokes decided to debunk the goldfish memory myth for himself. He put a red Lego block into his fish tank each day and sprinkled the food around it. After just three weeks, Rory found that the fish would start to gather around the red Lego block before he had put the food in. He also found that the fish still associated the Lego with being fed even after a week of Lego-free meals.

It’s almost certainly a good thing that fish can remember things for more than three seconds. A memory this short would be of little to no use to a living creature that had to find itself food, avoid predators, and otherwise survive from day to day.

So where did the myth come from? It’s possible that it was invented by purveyors of pet fish, to make everyone feel better about keeping fish in small uninteresting environments. It’s also possible that pet fish’s repetitive behaviours were interpreted as the fish ‘forgetting’ what it had already done, although repetitive behaviour in a captive animal usually indicates that the animal is somehow distressed. So if you do have pet fish, keep their minds active by making sure that their tank is